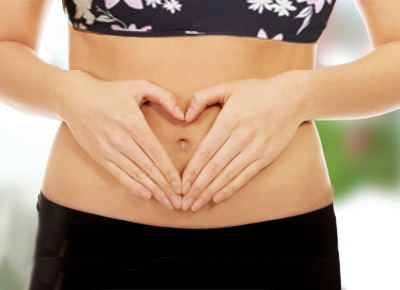 Treat your condition without the need for a lengthy hospital stay when you visit Northwest Ohio Center for Urogynecology & Women’s Health in Perrysburg, Ohio. At our practice, we are proud to serve as a leader in minimally invasive surgery for our patients. Our services are designed to provide relief from a series of female health conditions – using the least invasive methods possible.

The MyoSure hysteroscopic tissue removal procedure removes fibroids, polyps, and other intrauterine tissue without having to remove the uterus. Dr. Croak was one of the first physicians in Northwest Ohio to perform this procedure.

The MyoSure procedure is designed to allow physicians to remove any growths in the uterus, while preserving uterine function and form. This is especially important if you want to have children in the future.

Schedule an appointment with our caring gynecologists today to learn more about Hysteroscopic Myomectomy with MyoSure, and see if it is a good option for you.

What Happens during the MyoSure Procedure?

MyoSure is a highly effective procedure where a specialized gynecologist or surgeon can remove fibroids, polyps and other unwanted intrauterine tissue without having to remove the uterus.

During MyoSure Myomectomy the doctor first inserts a very tiny camera into the vagina, past the cervix and into the uterus, allowing him to see inside.

Next, the doctor passes a slim wand through the vagina and past the cervix into the uterus. One side of the wand is a surgical instrument that is used to gently cut the fibroid or polyp into tiny pieces. The wand also has a suction opening that sucks the removed tissue out of the body.

A one inch fibroid (the size of a grape) can be typically be completely removed with MyoSure Myomectomy in about 10 minutes.

After the fibroid(s) or polyp(s) have been removed, the wand is taken out. There are no stitches, no bandages, and nothing from the MyoSure Myomectomy is left in the patient’s body.

Since Myomectomy is typically an outpatient procedure – patients can usually go home the same day.